Topology is an important and interesting area of mathematics, the study of whichwill not only introduce you to new concepts and theorems but also put into contextold ones like continuous functions.However, to say just this is to understatethe significance of topology. It is so fundamental that its influence is evident inalmost every other branch of mathematics.This makes the study of topologyrelevant to all who aspire to be mathematicians whether their first love is (orwill be) algebra, analysis, category theory, chaos, continuum mechanics, dynamics,geometry, industrial mathematics, mathematical biology, mathematical economics,mathematical finance, mathematical modelling, mathematical physics, mathematicsof communication, number theory, numerical mathematics, operations research orstatistics. (The substantial bibliography at the end of this book suffices to indicatethat topology does indeed have relevance to all these areas, and more.) Topologicalnotions like compactness,connectedness and denseness are as basic tomathematicians of today as sets and functions were to those of last century.Topology has several different branches — general topology (also known as point-set topology), algebraic topology, differential topology and topological algebra — thefirst, general topology, being the door to the study of the others. I aim in this bookto provide a thorough grounding in general topology. Anyone who conscientiouslystudies about the first ten chapters and solves at least half of the exercises willcertainly have such a grounding.For the reader who has not previously studied an axiomatic branch of mathematicssuch as abstract algebra, learning to write proofs will be a hurdle. To assist you tolearn how to write proofs, quite often in the early chapters, I include an aside whichdoes not form part of the proof but outlines the thought process which led to theproof.56CHAPTER 0. INTRODUCTIONAsides are indicated in the following manner:In order to arrive at the proof, I went through this thought process, whichmight well be called the “discovery” or “experiment phase”.However, the reader will learn that while discovery or experimentation isoften essential, nothing can replace a formal proof.There is an important difference between the use of “or” in English and inmathematics. In English when you say that statement (a) or statement (b) is true,you usually mean that statement (a) is true or statement (b) is truebut not both.In mathematics the meaning is different: the “or” is not exclusive. So it meansstatement (a) is true or statement (b) is true or statement (a) and statement (b)are both true. For examplex≥2orx≤2. In factx≤2andx≥2are both true whenx= 2. This mathematical usage can be misleading at first. For example when wesay “Either statement (a) or statement (b) is true” we mean either statement (a)is true or statement (b) is true or they are both true. So remember always that inmathematics, “or” is not exclusive.This book is typset using the beautiful typesetting package, TEX, designed byDonald Knuth. While this is a very clever software package, it is my strong viewthat, wherever possible, the statement of a result and its entire proof should appearon the same page – this makes it easier for the reader to keep in mind what facts areknown, what you are trying to prove, and what has been proved up to this point in aproof. So I do not hesitate to leave a blank half-page (or use subtleTEXtypesettingtricks) if the result will be that the statement of a result and its proof will then beon the one page.There are many exercises in this book. Only by working through a good numberof exercises will you master this course. I have not provided answers to the exercises,and I have no intention of doing so. It is my opinion that there are enough workedexamples and proofs within the text itself, that it is not necessary to provide answersto exercises – indeed it is probably undesirable to do so. Very often I include newconcepts in the exercises; the concepts which I consider most important will generallybe introduced again in the text.Harder exercises are indicated by an *.Readers of this book may wish to communicate with each other regardingdifficulties, solutions to exercises, comments on this book, and further reading. 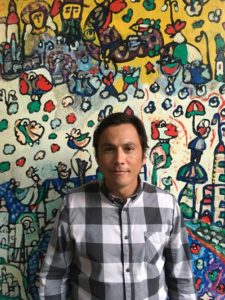